skip to main | skip to sidebar

My dad passed away 20 months ago.  While it seems like yesterday to me, the time has passed and it has changed me so dramatically that I'm sometimes overwhelmed by it.
I've had loved ones pass, both human and animal that affected me profoundly.  Each one taking a large part of my heart with them and leaving me to grieve.  The thing is though, that when my dad passed I don't think I was prepared (is anyone?) for how it would change me.

For one,, I don't think I really realized that my dad would die.  In my mind, I knew he was ill and old but it just seemed impossible that he would actually parish.  I would go day to day believing that the hard time that he was having would pass as it had so many times.  The night before he passed he was particularly bad and I had a feeling the end was near but it wasn't real to me by any stretch of my imagination.
The day he passed my husband and I had decided to take a day road trip.  We had driven by dad's place and something told me to stop but I ignored the voice.  I wanted to spend the day with my husband I chose not to bother him with yet another visit with dad.  How I would love to take that moment back now.  We ventured on, hours from home only to find that dad was in his last moments.
I feel strongly that in the after life that we have no regrets or feelings of hate or anger.  This gives me some comfort to think that perhaps dad isn't mad that I wasn't there for his last moments.  I wish I had been. Someone said today that being with a loved one as the cross over is both the most beautiful and most horrifying thing that you can experience.  I think that is most likely very correct.  I also sort of wonder if dad didn't want me there.  I don't want to call him prideful but there was much in my life my dad protected me from seeing.  I think he didn't want me to see him at that moment.

One of my other observances... People want to support you but they really don't want to hear about it.
In my deep, deep moments of grief I just really wanted to talk.  Talk and talk about my dad and my feelings and I'm sure cry profoundly.  I found literally no one that wanted to experience this with me.  You can tell when people want you to stop talking.  I got this time and time again and honestly, it made the grief even harder.  I could see the internal "eye roll" of the closest to me as I would talk about dad and my feelings about what was going on within me.  I tried so hard and still do, to keep it to myself when I just really want to sob and talk, and tell someone that really wants to know, what I felt and how I am feeling.  It was a let down to know that most people are really afraid of grief and your emotion and would rather not "deal" with you and how you feel.
Reality I suppose.  I want to be realistic.  I'm not sure it is right to expect people to want to hear my story or about my grief.  Many were there for me.  Many sent cards.  Many sent notes.  Many hugs were given, yet I felt more alone then I ever have in my life.

Grief is a process.  I've read much about it and the steps you go through.  Each step bringing you closer to a place of peace.  I know this to be real.  I've experienced the process and still am.
Disbelief was the first thing for me.  My dad was never going to be gone.... He had always been there in my life.  He was a constant.. right?
Step two... Oh my God,, he is gone,,, I'm alone!  All alone.  What do I do now?  I could not except that he wasn't a call away and that I was profoundly alone.  Those were the moments that would hit me like a brick wall and take the breath out of me.  I would find myself gasping and searching for air and for someway out of the wave of emotion that would hit next... overwhelming sobbing.  Sobbing like a baby when you can't catch your breath and and just want to run for the rabbit hole and hide.  This was the hardest for me to deal with.  I have prided myself with being "in control" of myself for so long.  In no way was I in control when these moments would hit.  I never knew when they would either.  Walking in a grocery one day I passed by the yogurt.  I would buy yogurt for dad every week.  I saw the yogurt and right there and then the breath was ripped from me and I almost dropped to my knees.  I had to depart the area and leave the store where I sat sobbing in my car.  Alone,, in the yogurt isle.
The third thing has been dealing with memories.  At first I declined thinking of dad as a memory or the years of past as one.  I refused in my mind to think of him as past tense.  When I did venture there a bit the deep grief would rare it's ugly head once again.  I didn't really care for others talking in that way either.  I can now reflect with much pride and happiness in who dad was, became and shaped me to be.
That is part of the step I'm in now.  Being able to think of him now and love and shine rather then delve deeply into sorrow.  I still have some moments that I am very sad, but I can now except, to a point, that I am on my own without him in the physical body here with me.
Some of my first thoughts after he left were somewhat of anger.  How could he make me love him so much that when he left I would be so hurt?? If he loved me, he would have never made me love him so.. I would see men with their daughters and feel bad when I would see a little girl gazing up at her daddy with such deep love that I knew she would one day feel my deep sorrow.  How terrible is that?  It's not terrible at all.  It is a beautiful, beautiful thing that sadly the luckiest will endure.

The death of dad has brought on a level of empathy for others I had no idea I was capable of.  I often think now how much time I spent being hard, unemotional and withdrawn.  That takes so much energy.  It is so much easier to be loving, supportive and want the best for everyone.  I've changed a great deal.. I'm sure I'm not done.

Shannalee, I read your recent blog post with tears in my eyes.

I lost my father when I was 20. That was 1976. From diagnosis to burial was 6 weeks. Lung cancer. No chance to prepare, just a firestorm of misery.
It still has the capacity to make me cry. You at least have a husband you clearly love, so that is good. I had absolutely no one and was so lost. Long story that I will not bore you with.
You sound as though you have a beautiful soul, I am sure your Dad is very proud of his girl.

Best wishes, trust in the universe.

Not intended to bore or entertain,, just to ramble. 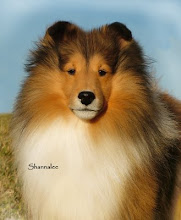